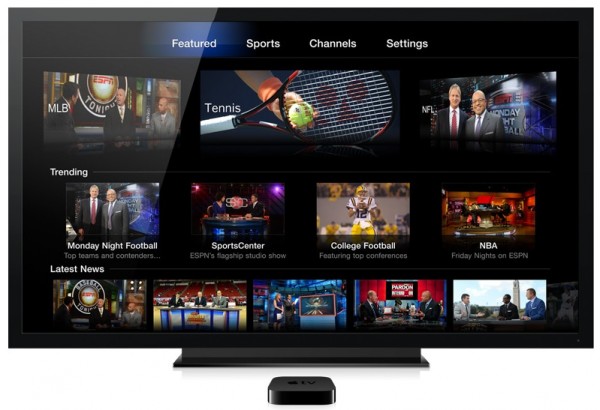 Apple just pushed out iOS 5.3 for the Apple TV that now supports HBO Go and WatchESPN. Both of these applications are some of the most popular iOS apps and now people with an Apple TV can access them directly from their living room. In addition to HBO GO and WatchESPN, three new content providers are also available today on Apple TV including Sky News, Crunchyroll and Qello offering live news, sports and current TV programming. In order to get access to the new applications you will have to update your Apple TV to the latest version 5.3