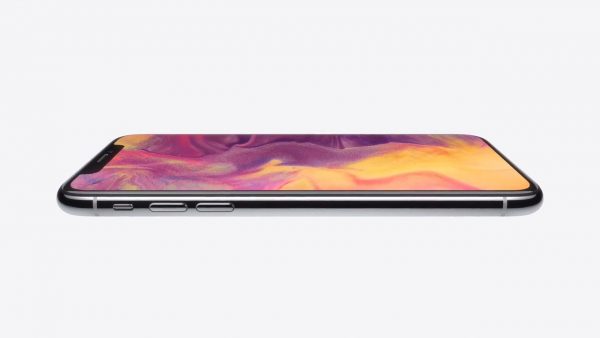 When Apple unveiled its latest software and devices this fall, there were three new phones presented: the iPhone 8, the iPhone 8-plus, and the iPhone X. The X was the one people had really been anticipating, signifying at least a slight physical redesign and marking the 10th anniversary (hence the Roman numeral “X”) of the original iPhone. The 8 and 8-plus look more like traditional updates, physically similar to the iPhone 7 and 7-plus, but with a few key differences.

What caught a lot of our eyes right off the bat was the price gap between the options, however. We know that new iPhones are expensive, but the iPhone X is almost prohibitively so even for people who frequently purchase Apple products. The cheapest version of the iPhone X costs $999, or $49.91/month, according to Apple’s own listing.

This begs the simple question: what makes the iPhone X worthwhile, or more accurately, worth its price? We wouldn’t try to nudge anyone toward either phone (the 8/8-plus or the X) in particular, but here at least are five of the features that do set the iPhone X apart as a more unique and potentially superior product.

When we say that the iPhone X has a larger screen than its counterparts, we’re not talking about measurement so much as proportion. The 8-plus, as a larger physical device, actually has more screen area. But with the iPhone X, we’ve seen Apple stretch its screen to the edges of the phone for the first time. As one write-up put it, the result is a striking, futuristic design that’s so much more eye-catching than your typical iPhone. The bottom bezel is gone (along with the home button, but more on that later), and the outer side edges are slivers. The only odd part about this new design is that there’s a small panel at the top of the phone that hangs down into the display. This is where front-facing camera lenses are located, so it’s necessary, but some do worry about this panel obscuring content in some cases.

The type of display is one area in which Apple has somewhat mysteriously allowed competitors to get out ahead in recent years. They’re still doing it with the 8 and 8-plus, which will use IPS LCD displays – certainly very impressive, but not the best on the market. The iPhone X is making a transition to an OLED display, which is known for sharper contrast and perfect blacks. Coupled with the stretched nature of the screen, this adjustment gives iPhone X easily the most stunning display we’ve ever seen on an iPhone.

Arguably the feature that’s gotten the most attention is the iPhone X’s ability to recognize your facial features and use them as security. The front-facing camera doesn’t exist solely for this purpose (after all, current iPhones also have front-facing cameras), but the X is unique in how it can make use of it. The ability to look at your phone to unlock it is theoretically both more convenient and more secure than the existing fingerprint ID system.

The “Animoji” feature has gotten some attention as a fun gimmick on the iPhone X. Basically it uses facial recognition to attach your expressions to emojis. But it may actually have some pretty significant implications for augmented reality and gaming in particular. One interesting article on how VR is forging the future of gaming on mobile devices specifically mentioned games, environments, and personal avatars as VR innovations. That last one – the idea of personal avatars – takes new meaning from Animoji. Basically, this unlocks the potential for iPhone X games to introduce AR avatars that actually physically resemble users.

The lack of a home button has already come up in connection to other featuers like the stretched screen, and also relates to the idea of Face ID. But some also like the mere fact that the lack of a home button puts more emphasis on the touch screen. While the home button has always been valuable in its simplicity, it has also been the sort of last lingering feature of phones with physical buttons. Sometimes the button could be slippery or oily, as well, which could lead to poorer performance. In theory, the idea that the function of a home button will now be conducted as part of the touch screen could make the device a little bit cleaner and more consistent.