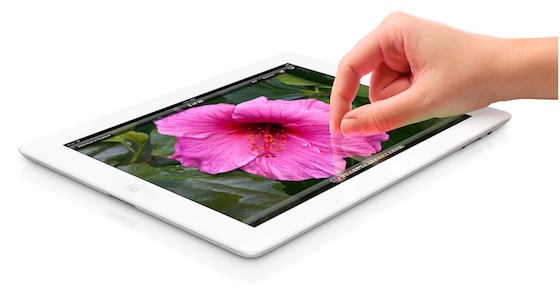 Apple never likes to release launch sales figures, but today they announced that they have sold over 3 million iPads in under 4 days, calling it the “Strongest iPad launch yet.” Apple did not release how many iPad 2’s were sold during it’s first few days of launch because it was in short supply. The original iPad sold 300,000 on the first day and took about a month to sell 1 million.

CUPERTINO, California?March 19, 2012?Apple® today announced it has sold three million of its incredible new iPad®, since its launch on Friday, March 16. The new iPad features a stunning new Retina™ display, Apple’s new A5X chip with quad-core graphics, a 5 megapixel iSight® camera with advanced optics for capturing amazing photos and 1080p HD video, and still delivers the same all-day 10 hour battery life* while remaining amazingly thin and light. iPad Wi-Fi + 4G supports ultrafast 4G LTE networks in the US and Canada, and fast networks around the world including those based on HSPA+ and DC-HSDPA.**

“The new iPad is a blockbuster with three million sold?the strongest iPad launch yet,” said Philip Schiller, Apple’s senior vice president of Worldwide Marketing. “Customers are loving the incredible new features of iPad, including the stunning Retina display, and we can’t wait to get it into the hands of even more customers around the world this Friday.”