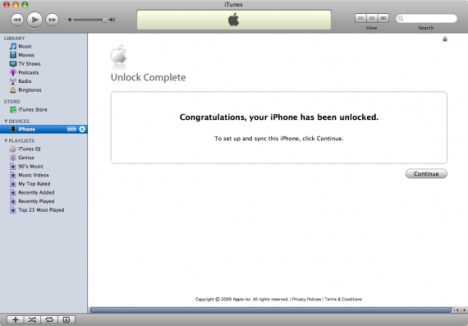 Well well, we may have something awesome on our hands. It seems as though part numbers for unlocked iPhone 4’s were leaked to Chronic, who then let us know. These new factory unlocked iPhone 4s are said to come to stores on Wednesday after a company wide meeting that is set to take place on Tuesday.

Now, for those outside of the U.S. That are reading, we don’t yet have unlocked iPhones since AT&T had exclusivity until January of this year.

As I reported earlier, AT&T’s CEO had promised to make this right and to “look into” the matter of AT&T only selling locked iPhones, regardless of having a contract or not.

He may have accidentally leaked the information to the public a few days before it actually happened.

Now, I bought my iPhone (off contract) 5 weeks ago, and I expect to get the unlock treatment from Apple via iTunes or by giving me a new iPhone since I paid nearly $900 for the damn thing (insurance included).

We are all hoping that Chronic indeed has correct information from his sources and that this rumor materializes. The U.S. has had to endure the AT&T exclusivity of the iPhone for far too long.

In case you were wondering, these are the model numbers for the unlocked U.S. IPhone 4s: