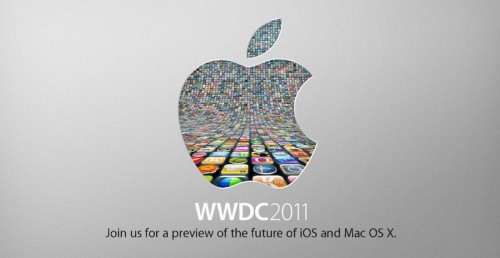 Hey guys, looks like Apple has decided to give us a little preview of what’s to come at WWDC 2011 through an official press release that they sent out this morning to the press.

Apple has confirmed that iOS 5 & Mac OS X Lion will be 2 main talking points at WWDC on June 6th, but also, they have confirmed “iCloud”. This is very interesting.

This may be why Apple has been rallying press from various countries, countries that will support iCloud at launch. This has been my theory for a while, contrary to other reports saying that it was because a new iPhone would be introduced at the event.

Here is Apple’s official statement on the matter:

“Apple CEO Steve Jobs and a team of Apple executives will kick off the company’s annual Worldwide Developers Conference (WWDC) with a keynote address on Monday, June 6 at 10:00 a.m. At the keynote, Apple will unveil its next generation software – Lion, the eighth major release of Mac OS X; iOS 5, the next version of Apples advanced mobile operating system which powers the iPad, iPhone and iPod touch; and iCloud, Apple’s upcoming cloud services offering.”

Leave a Reply to seo that works Cancel reply